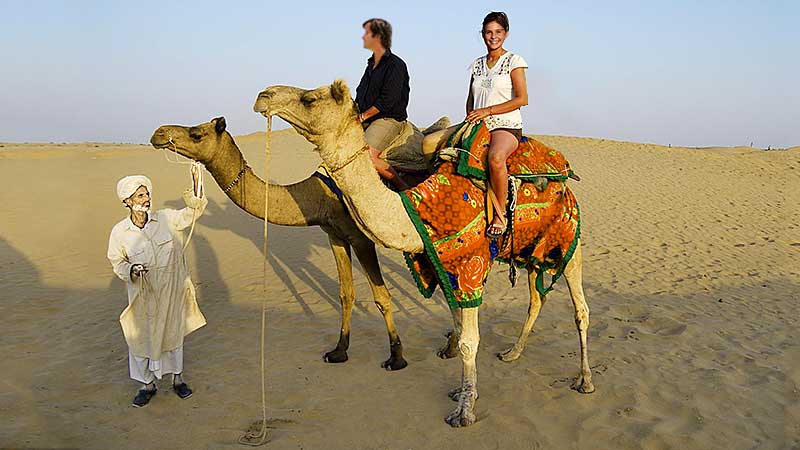 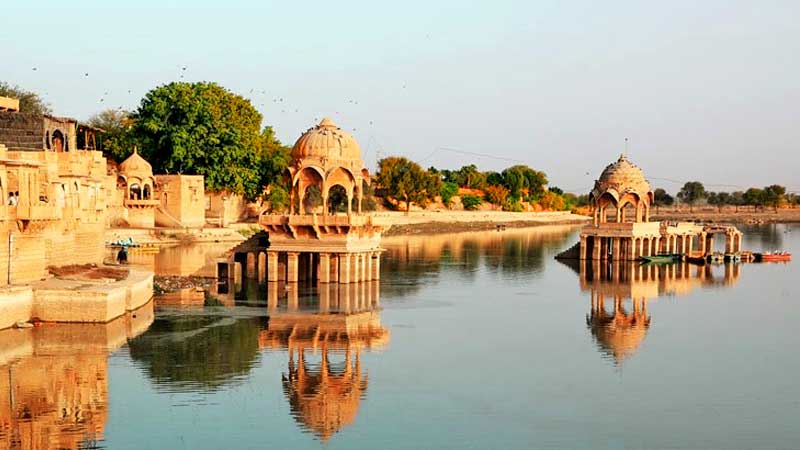 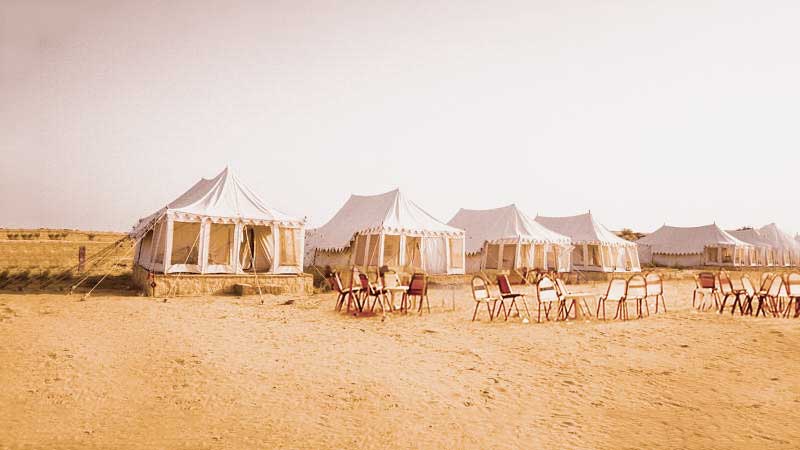 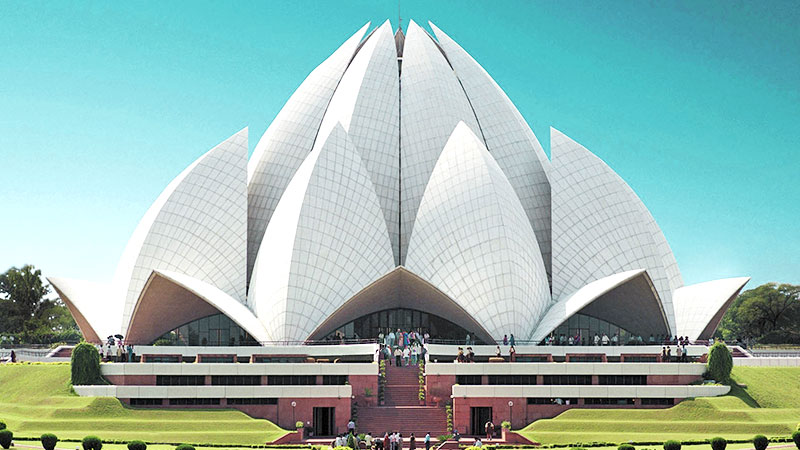 Rajasthan's lakes, ponds, marshlands and grasslands are a haven for bird lovers. One can find around 550 species of birds and most of these are residents. The best colony of birds in the world is Keoladeo National Park situated In Bharatpur. It has more than 400 species of birds and more than 130 of them breed inside the park. Being a unique bird place, the UNESCO has recognised it as a world heritage site. It is truly a paradise of feathered life which provides unlimited opportunities to bird watchers. Various other lakes and ponds spread over the state offer the enthusiast an opportunity to watch the activities of the birds.

The major wetlands other than Bharatpur are Kukas, Kalah, Bund, Buchora Chandii, Chhaparwara and Ramgarh in Jaipur, Siliserh Jaisamand and Mansarover in Alwar, Ana Sagar and Fatehsagar in Ajmer, Jaisamand, Pichhola and Badi Ka Talab in Udaipur, Balsamand and Sardar Samand in Jodhpur, Bassi Dam in Chittaurgarh and Meja Dam in Bhilwara.

The best season for bird watching in Rajasthan starts with the onset of winter when marshlands and lakes are inhabited by migratory birds as well as resident birds. In salt- water lakes, flamingos are also found, like in Pachpadra near Barmer and Sambhar near Jaipur. Bird watching g is a hobby which has minimum requirements.

This morning drive to Sariska and check-in at the hotel.
Afternoon safari to view wildlife.
Overnight: Hotel

This morning drive to Jaipur after breakfast at the hotel.
On arrival at Jaipur checkin at a prebooked hotel.
Rest of the day at leisure.
Overnight: Hotel

This morning after breafast at the hotel, proceed for a sightseeing tour of jaipur
Sightseeing of Jaipur
This morning you will experience the wonders of this magicial pink city, as you proceed on a tour of Amber fort - which is set on the dry wrinkled Aravali Hills, and surrounded by fortified battlements. We will ride up to this hilltop palace on a caparisoned, painted elephant. Later visit the Jagmandir or the Hall of victory glitterning with mirrors, Maharaja's City Palace and the Observatory - The Solar Observatory - an astronomical treasure house, with solar device that give accurate predictions till date. The City Palace reflects a blend of Rajasthani and Mughal architecture. Drive past Hawa Mahal or the Palace of Winds, a five-storied structure of pink sandstone with semi-octagonal and delicately honeycombed windows overlooking the main street of the old city and through the rose pink residential and business areas of Jaipur
Overnight: Hotel

Drive to Ranthambhore and on arrival, check-in at the hotel.
Sawai Madhopur, where you can check into a forest lodge, on the outskirts of the Ranthambore National Park.
Visit the Ranthambore..
The national park is dotted with ancient Banyan Trees, Dhok and Pipal trees, mango trees and the green belts covered by the trees. The Ranthambore Wildlife Sanctuary has the two extremes - forests and open bush land. The dry and deciduous forests are dominated with the Dhok trees.
Post lunch, enjoy an exhilarating jungle safari inside the wildlife sanctuary and have fun spotting wild animals and exotic birds.
Overnight: Lodge

This morning drive to Bharatpur and on arrival, check-in at the hotel.
This magnificent bird haven in actual came into being paradoxically as a duck shooting preserve for Maharaja Suraj Mull of Bharatpur. He transformed the shallow depression formed by the confluence of River Gambhir and River Banganga into a reservoir by damming the rainwater in monsoons. Flooding of water created shallow wetland ecosystem causing it to be a perfect habitat for an astounding variety of birds. The park that was a hunting preserve for the Maharaja and the British continued to be so till 1964, after which the hunting was banned.
Afternoon Bird watching.
Overnight: Bharatpur

This morning drive to Agra visiting en-route visit Fatehpur Sikri
Fatehpur Sikri : The deserted, red Sandstone City, Emperor Akbar built that as his capital and palace in the late 16th century is an exhilarating experience. It a veritable fairytale city and its "ruins" are in pristine condition ... it's not hard to imagine what the court life must have been like in the days of it's grandeur. Also visit the Buland Darwaza, the largest gateway in the world.
Afternoon sightseeing tour of Agra
Overnight: Hotel

City tour of Agra
Visit Taj Mahal, Red fort & Tomb of Itmad-ud-Daula. Later you will visit a marble gallery - the flagship store in Agra which offers an excellant range of white marble, fashionable wear & exotic wooden articles, truly a one stop shop!
Later, we drive back to Delhi's International Aiport to board the flight for your onward journey to back home with sweet and unforgettable memories of 'Rajasthan Bird Tour' escorted by Vardhman Vacations
Overnight: Hotel

END OF OUR SERVICES

India’s golden triangle is a tourist circuit which includes: Delhi, Agra (including the Taj Mahal), and Jaipur. These trips usually 7 days and do the trip as a circuit starting and ending in Delhi.

Coloruful Rajasthan Tour is one of the most popular circuit of India. This tour package accommodates you to endure Rajasthan in all its different colors.

The Rajasthan state represents an unusual diversity in all its forms - people, culture, customs, costumes, cuisine, dialects and music and haveli's.

Rajasthan is famous all over the world for its stunning forts and palaces that have been gloriously standing since decades in this princely state.

Rajasthan known as the "land of kings"provides some marvelous marks from the history in the form of its forts, palaces, mansions and haveli's.

The name Rajasthan has a habit of invoking the images of sun-bathed sand dunes of the Thar Desert, the rustic turban and mustache of Rajasthani men and women’s ghagra.